Limited function, high costs, and the need for a better approach 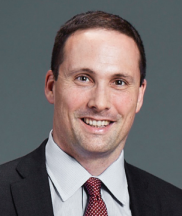 A recent article in the New York Times described the “High Price of Failing America’s Costliest Patients.” The author highlights the disproportionate healthcare costs incurred by a small percentage of patients in the U.S. (for example, 5% of the population accounts for 50% of the costs). These costs are not simply attributable to traditional disease entities that we learn in medical school – for example, patients with a chronic illness plus functional limitation (inability to care for themselves or perform routine daily tasks) have four times higher medical costs, according to the Commonwealth Fund. With an aging U.S. population, these functional limitations, which complicate already difficult management decisions in patients with chronic illnesses, are going to become more common in clinical practice over the coming decades.

We clearly need better models of care for functionally limited, complex older patients including those with cardiovascular disease. The Times article highlights several models already underway – including a Medicare Advantage Plan which spends more upfront time on team-based care (including physicians, nurse practitioners, and social workers) to achieve the aim of reduced downstream costs. These models are most likely to be successful if they focus on the “whole patient” rather than a single disease. For example, hospital readmissions in older patients (which are a major driver of healthcare costs) are usually for something other than the index condition, including in patients with heart failure (where fewer than half of 30-day readmissions are for heart failure). Efforts focused on a single disease entity (for example, diuretic management for heart failure) therefore may miss the larger picture. Another innovative approach to management involves incorporating patient goals into care plans, which moves beyond traditional disease-based management, and may be especially relevant in the setting of functional limitations. Ongoing work by Mary Tinetti, Caroline Blaum, and others is helping to incorporate goal elicitation, and alignment of treatment plans with these goals, into routine clinical care.

In my opinion there’s unlikely to be a “one size fits all” approach that solves the challenge of improving care in older patients with functional limitations. However I think the general principle of working beyond our silos, both by participating in teams with other clinicians and by directly eliciting goals from patients, will make a difference.

View all posts by aginghearts

“Always be respectful but get involved as needed.  Get referrals, go to appointments, ask the difficult questions so your loved one has all the information necessary to make their decision.”

–Cheryl Csorba, on the lessons learned from her mother’s passing in Compassion in Medicine